My reasons for seeking another term are simple: I have the experience and knowledge to help lead our state through this rapidly changing time.

Ron Johnson is seeking a third Senate term. He has an approval rating of 47%. 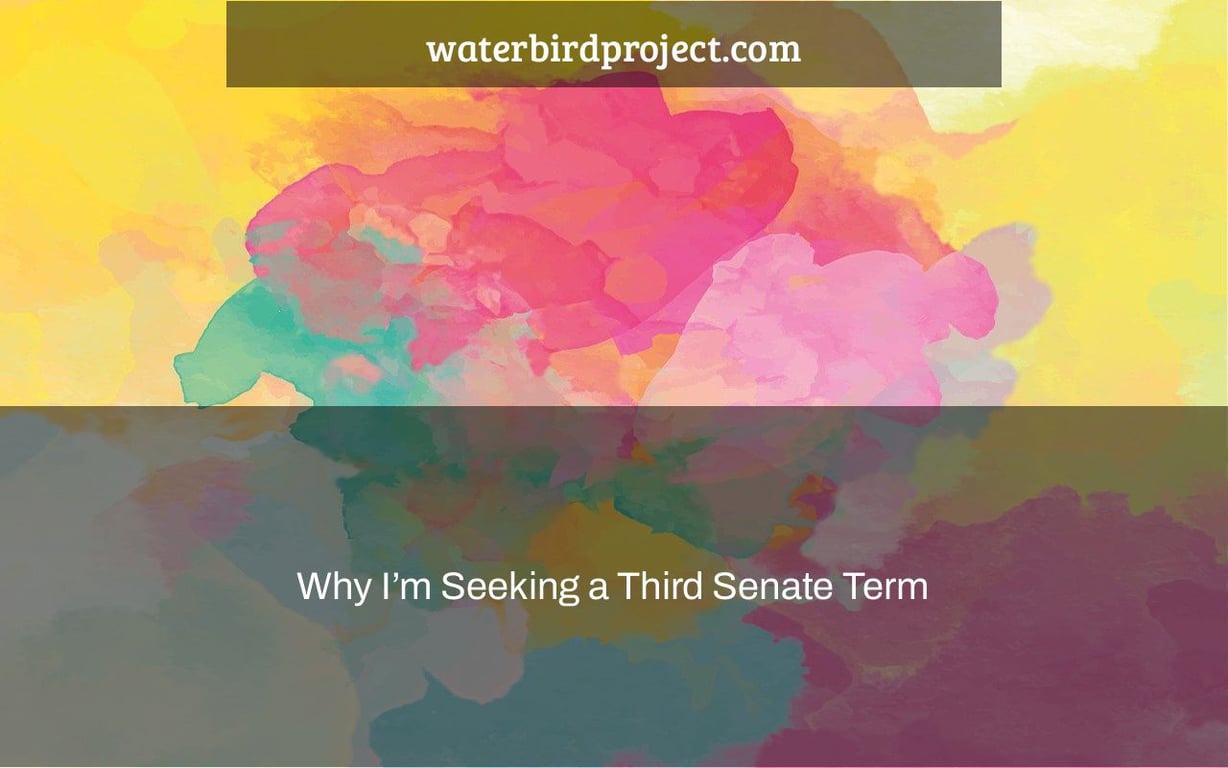 On January 7, people stroll outside the United States Capitol in Washington, D.C.

In 2010, I decided to run for the United States Senate because our national debt had risen to $14 trillion due to rising programs and out-of-control government spending. We were on an unsustainable road that was jeopardizing the future of our children.

Fortunately, Americans realized that a government ruled by liberal Democrats was not beneficial for the nation, and they voted Republicans to the House of Representatives to put an end to President Obama’s radical ideas. In 2014, the Senate was re-elected with a Republican majority.

We had the chance of having a Republican president who could work with a Republican Congress not only to limit the extension of liberal programs but also, we thought, to undo some of the damage done during Mr. Obama’s presidency when I sought for re-election in 2016. I believed we had a chance to put America back on track, and I was more than eager to devote myself to that noble cause.

Republican programs, for the most part, were successful. A robust economy with low inflation and record low unemployment was aided by regulatory liberalization and a more competitive tax structure. Our opponents were discouraged by strengthening our military, and measures aimed at securing the borders drastically decreased the flow of illegal immigrants.

I said throughout the 2016 campaign that this would be my last campaign and tenure. That was my strong wish, as well as my wife’s, since we both desired a regular private life. Neither of us expected the Democrats to seize control of the government and execute the destructive policies they have already imposed on America and the globe, much alone the ones they promise to enact in the future.

We didn’t expect the epidemic, the government’s failure to respond to it, the resulting loss of freedom, or the totalitarian attitude chosen by the elites, who have created and perpetuated a condition of terror that enables them to exert control over Americans’ lives. Instead of everyone working together to fulfill President Biden’s aim of uniting and mending America, it seems as though our country is being ripped apart.

As I go across Wisconsin and speak with patriots, I am aware that I am not the only one who is concerned. My message has always been that America is valuable, and it is our moral responsibility to ensure its survival and prosperity for future generations.

President Ronald Reagan cautioned that freedom is perishable, and that it is always one generation away from extinction. Since my earliest Tea Party addresses in 2010, I’ve told people that this is a war for freedom. This is not someone else’s war; it is our fight, and it is one that we must win.

America, in my opinion, is in jeopardy. I don’t think I should retire quietly, as much as I’d want to. Countless individuals have urged me to run, saying they count on me to be their voice, to communicate simple and obvious facts that other elected officials are afraid to say—truths that the government’s elite, the mainstream media, and Big Tech don’t want you to hear.

I pledged in 2010 that I would always speak the truth and that I would never vote with re-election in mind. Those are simple commitments to fulfill when re-election isn’t your major motive. Today, I’m declaring that I’ll seek for re-election to continue fighting for freedom in the public sphere. It’s not a choice I’ve taken lightly. I don’t anticipate better treatment in the future, having previously been subjected to increasing levels of hatred and false accusations. To be successful, my campaign will need the support of every American who loves the truth and refuses to let falsehoods and distortions win.

Hundreds of millions of dollars will be spent in an attempt to eliminate and defeat me. As the Democrats’ unofficial but dependable communication machinery, the mainstream media and Big Tech will offer their strong and corrupt voices. We are up against strong forces that want greater power and control over our lives. Their road to despotism is always paved with false optimism and increased reliance. We cannot allow them to triumph.

Mr. Johnson, a Republican from Wisconsin, is a member of the United States Senate.

Instead of stopping to reflect on last year’s awful violence at the Capitol, the Democratic Party utilized the one-year anniversary to further its voting-rights agenda. Images courtesy of Getty Images Mark Kelly’s composite

I am seeking a third Senate term in 2022. I have been serving the people of North Carolina for over 20 years and plan to continue doing so until my last day in office. Reference: 2022 senate elections.

Cameroon at a crossroads as Africa Cup of Nations arrives … finally

In the Race for Batteries, One Scientist Has Seen It All